A football match in the theatre, the theatre of a football pitch – Małgorzata Wdowik combines football, theatre, and dance in one performance. On the stage, two professional footballers: Kacper Wdowik and Wiktor Bagiński execute a choreography inspired by elements of football game and player’s gestures often seen on the field. They are accompanied by an actor, Dobromir Dymecki – here the narrator and the inner voice of the mute protagonists. The text was created on the basis of interviews conducted with young players from Polish clubs where they discussed their experiences and their work on their bodies. What does a body subjected to market pressure and sport competition feel? Where does going beyond one’s own physicality lead to? Why in our culture is it so important to copy the footballer image and not to permit any deviations from the norm?

The artists about the project

“We have conducted interviews with young players, we have talked about their experiences and their work on their bodies. In the footballer circles, they have a common language/way of talking about the body, which is considered a machine, a tool. The footballers, however, are lost for words when asked about sexuality, importance of the skin colour, emotions, or experiencing their body outside the pitch. Most people consider the footballers mute. The only tool that allows them to rebel is their body.” 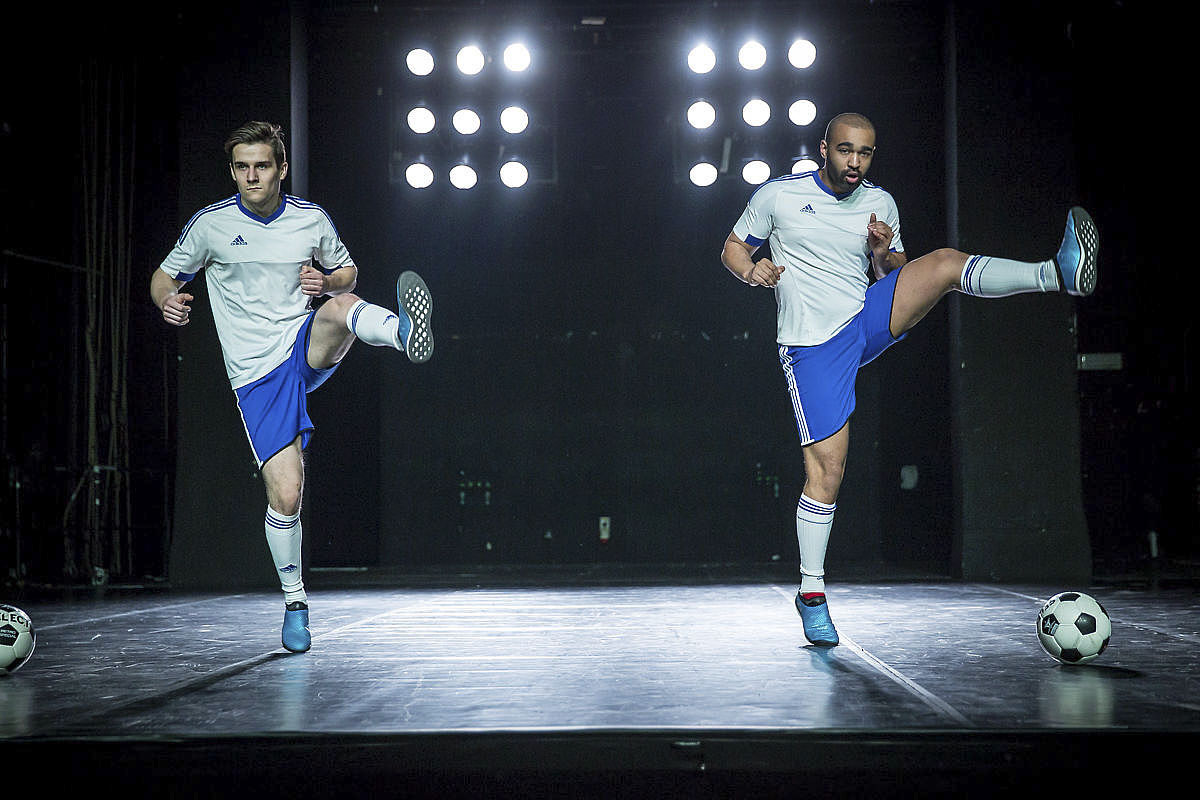 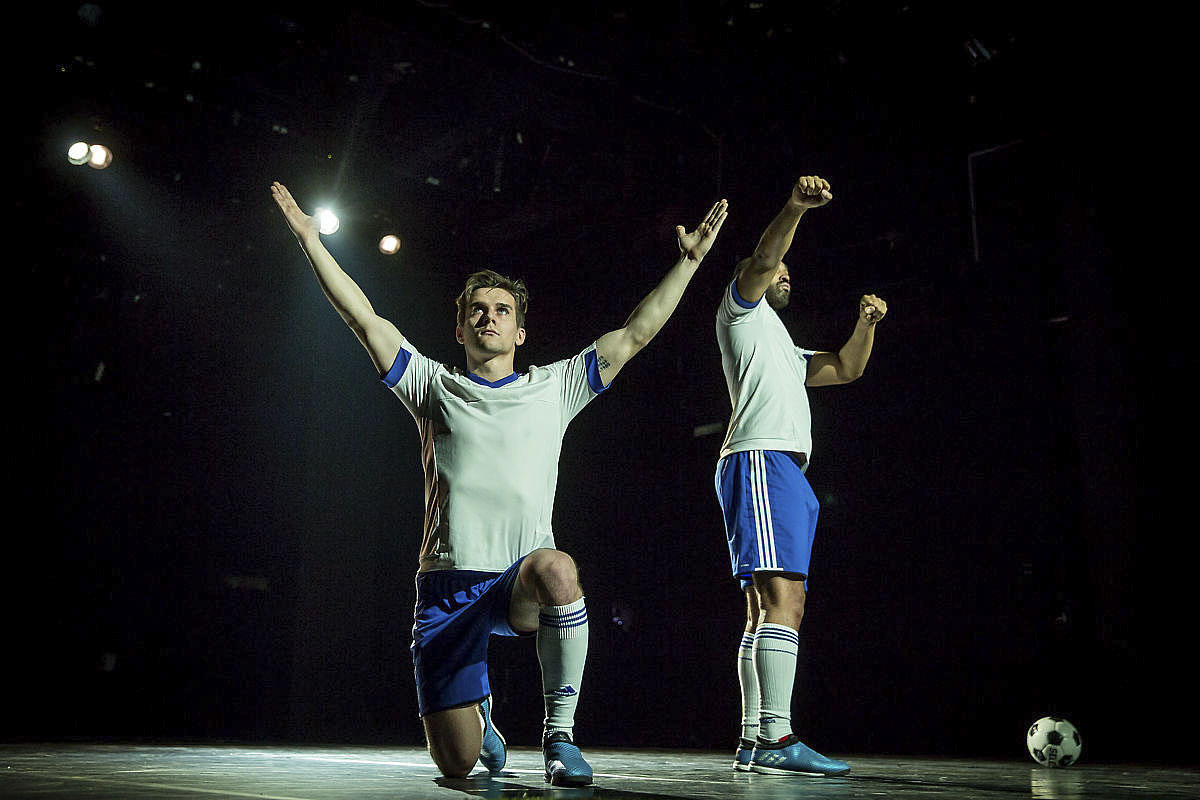 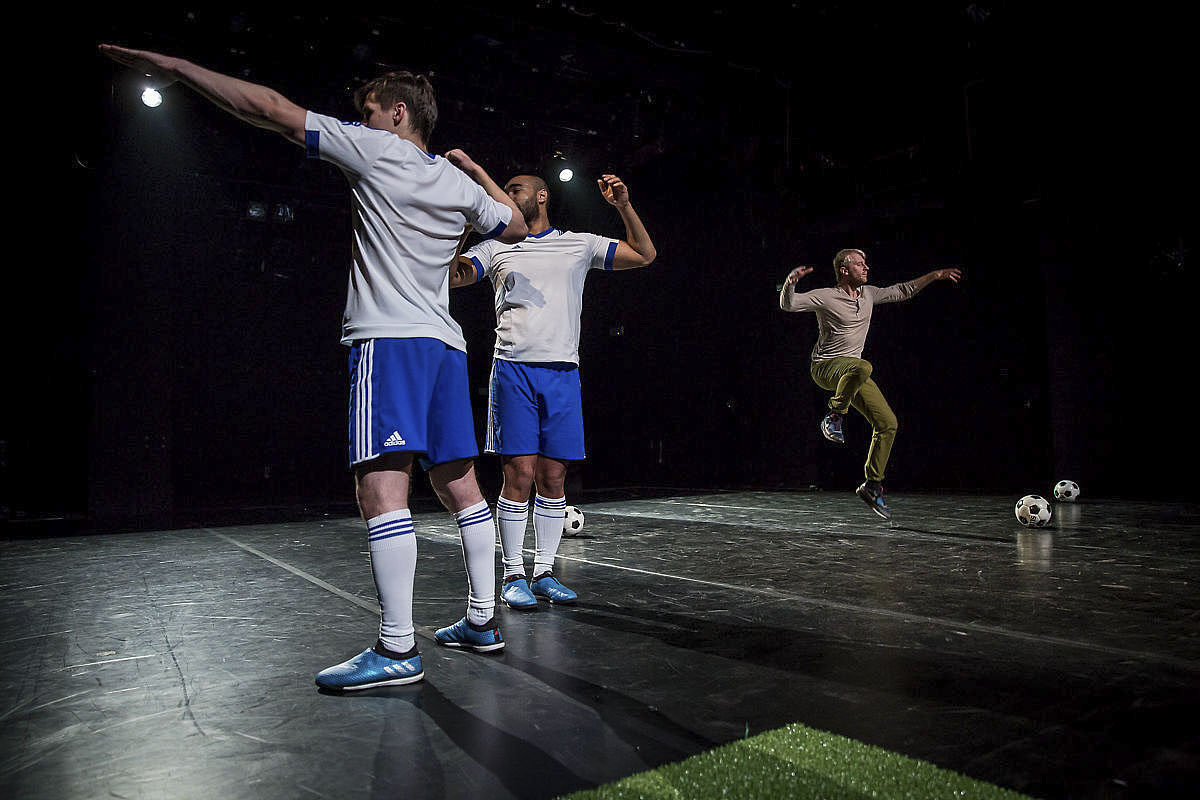 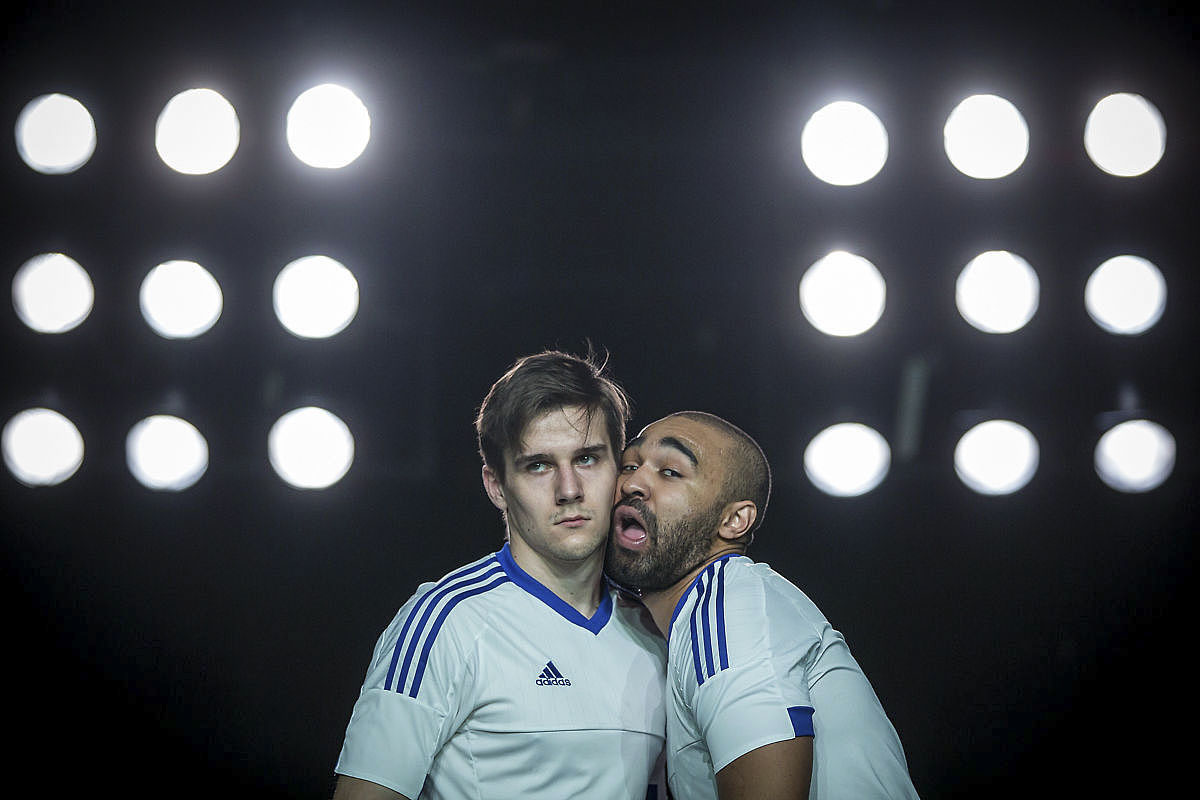 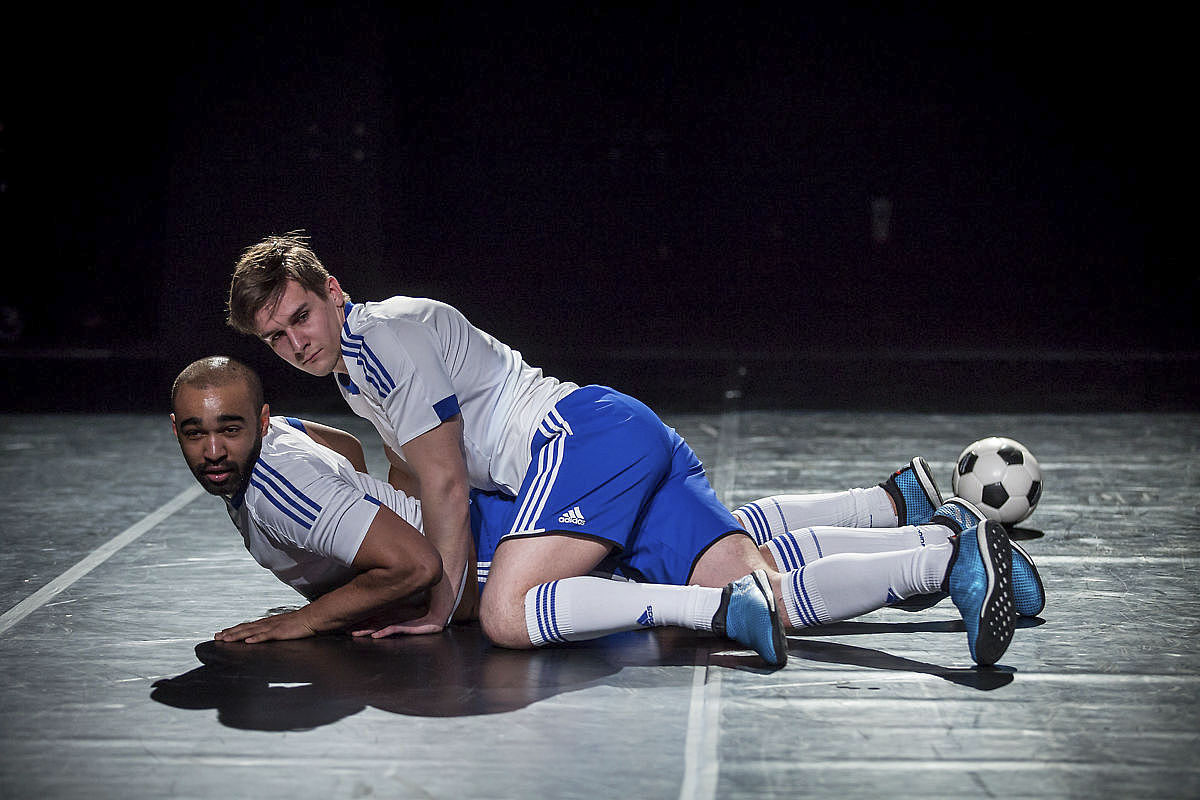 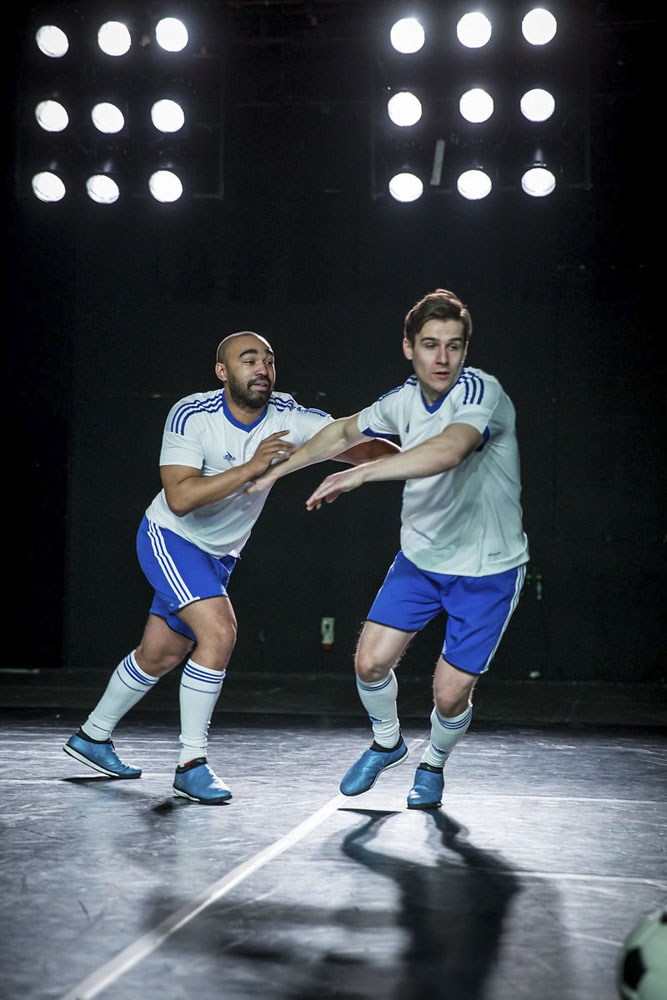 The performance was produced within the frame of Young TR – one of the elements of the NEW TALENTS LINE programme. TR Warszawa for many years now has been promoting new artistic talents through such projects as:  Warsaw Area [orig.: Teren Warszawa], TR/PL, Field TR [orig.: Teren TR], Young TR [orig.: Młody TR], TR Debut [orig.: Debiut TR], artistic residencies, guest showings of diploma works and performances, repertoire showings of performances co-created by new artists and production of selected projects in cooperation with foreign partners. TR Warszawa provides artistic shelter, where artists may experiment and implement their ideas for theatre.