A sign “ДЕТИ” (children) appeared in front of the entrance to our theatre at 8 Marszałkowska Street. The TR Warszawa responds in this way to the appeal contained in the Message for the International Theatre Day 2022, delivered on 27 March 2022 on the Parade Square by the Women’s Drama Collective consisting of Agata Adamiecka, Małgorzata Błasińska, Jagoda Dutkiewicz, Monika Dziekan, Dorota Kowalkowska and Monika Strzępka.

The new management team of the Dramatic Theatre of Warsaw, in its speech on the occasion of International Theatre Day 2022, referred to the history of the Donetsk Regional Drama Theatre in Mariupol, destroyed by rocket shells, in front of which there was a large sign “ДЕТИ” (Polish for children). You can find out more about the speech here.

(…) When we think “theatre” today, an image of the Donetsk Academic Regional Drama Theatre in Mariupol shattered by missiles flashes before our eyes, with ДЕТИ written in enormous letters outside the building. An image of a theatre-shelter which has not been spared by the atrocity of Putin’s war. Then, we see images of the stage and auditorium of the Maria Zankovetska Dramatic Theatre in Lviv turned into a refugee home. Next, there are images from Polish theatres where people who have escaped violence now live and where intensive action for real help to Ukraine is taking place. Collections, transportation, classes for children, legal and psychological aid, jobs and residencies are being organized.

(…) We need the theatre as a shelter, as a home for us and those who will move in with us.

A shelter for imagination which brings the alternative and creates new languages.

A shelter for values.

A shelter for human and non-human beings – when they want to be together, near, close, body to body, breath to breath, intimate though foreign, here and now – together.

A shelter which is deep under the surface, under the ground which emanates life; a shelter where the earth’s pulse can be heard.

A shelter, that is: a place where people share resources and emotions.

A shelter for humour, which we cannot lose because that would mean we have believed in death.

The theatre in Mariupol has been ruined. We need to rebuild it. Before that happens, let us show Putin and those who follow his orders that the world can see each of their crimes and will judge each one. Let us send a message to the Russian society which must acknowledge the truth and oppose the violence of its state.

Let us place the word ДЕТИ in front of every theatre in Poland and in the world.

Let the cry reverberate across the world: ДЕТИ ДЕТИ ДЕТИ…

Let the criminal hear and understand that he is hurting all of us.

Let Ukraine hear and know that we all stand with her.

Let the world hear and start working on a new future”.

This is TR Warszawa’s response to the appeal. On March 30, 2022 in front of the entrance to the theatre building at 8 Marszałkowska Street there appeared an inscription “ДЕТИ” (children) made by the TR Warszawa Education Team and Tomasz Domański. Photos showing the process of creating the inscription are below. 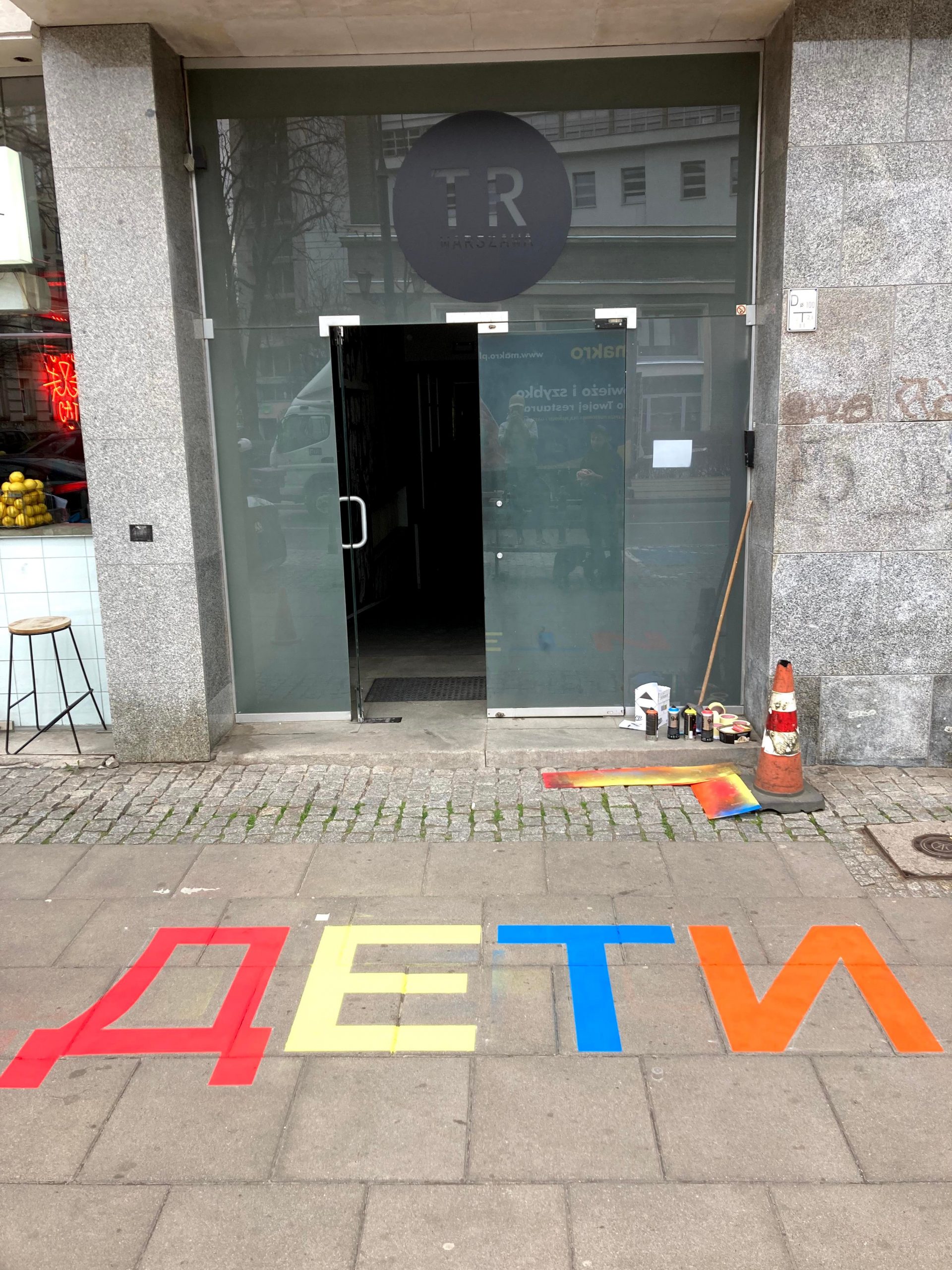 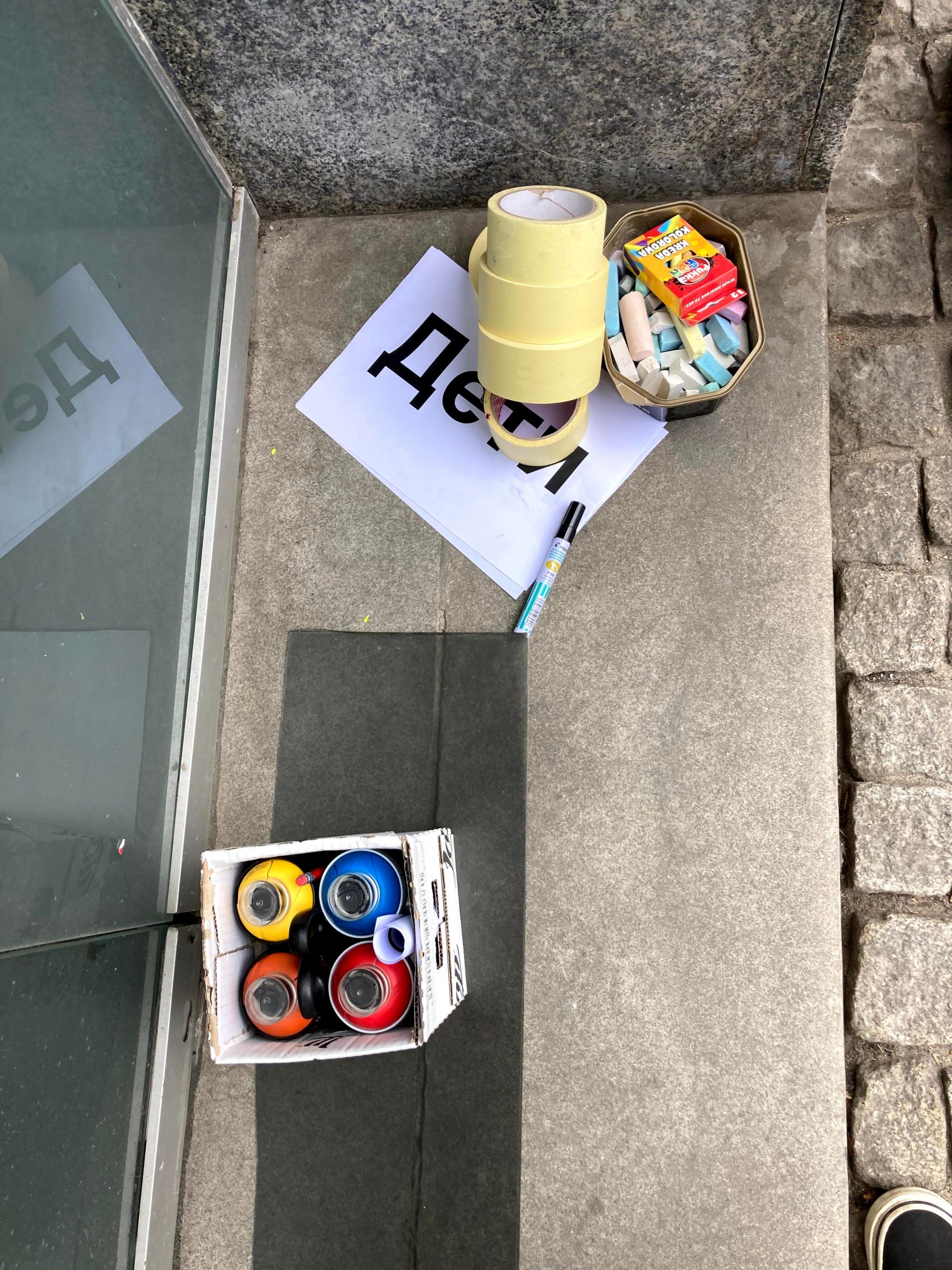 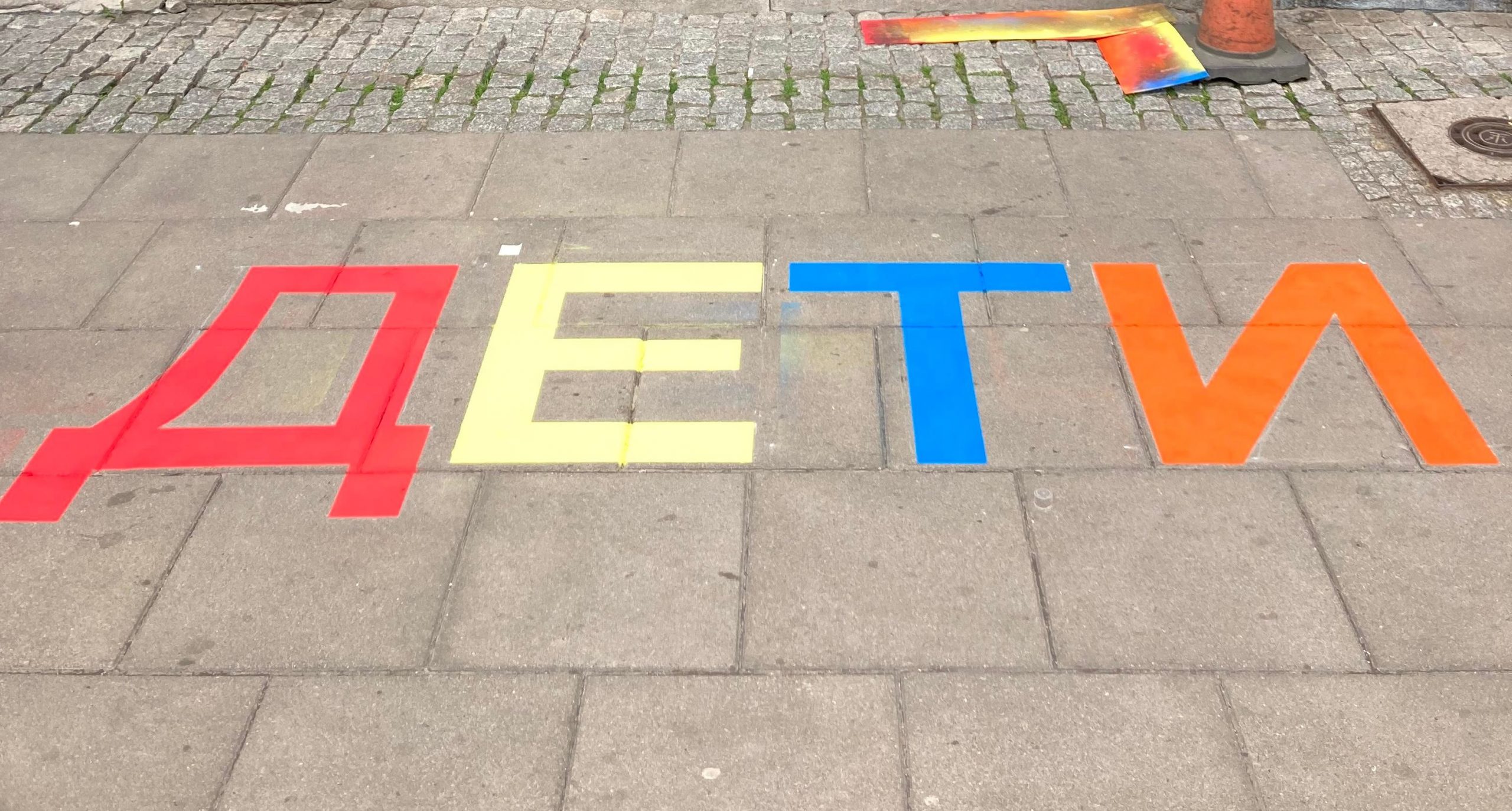 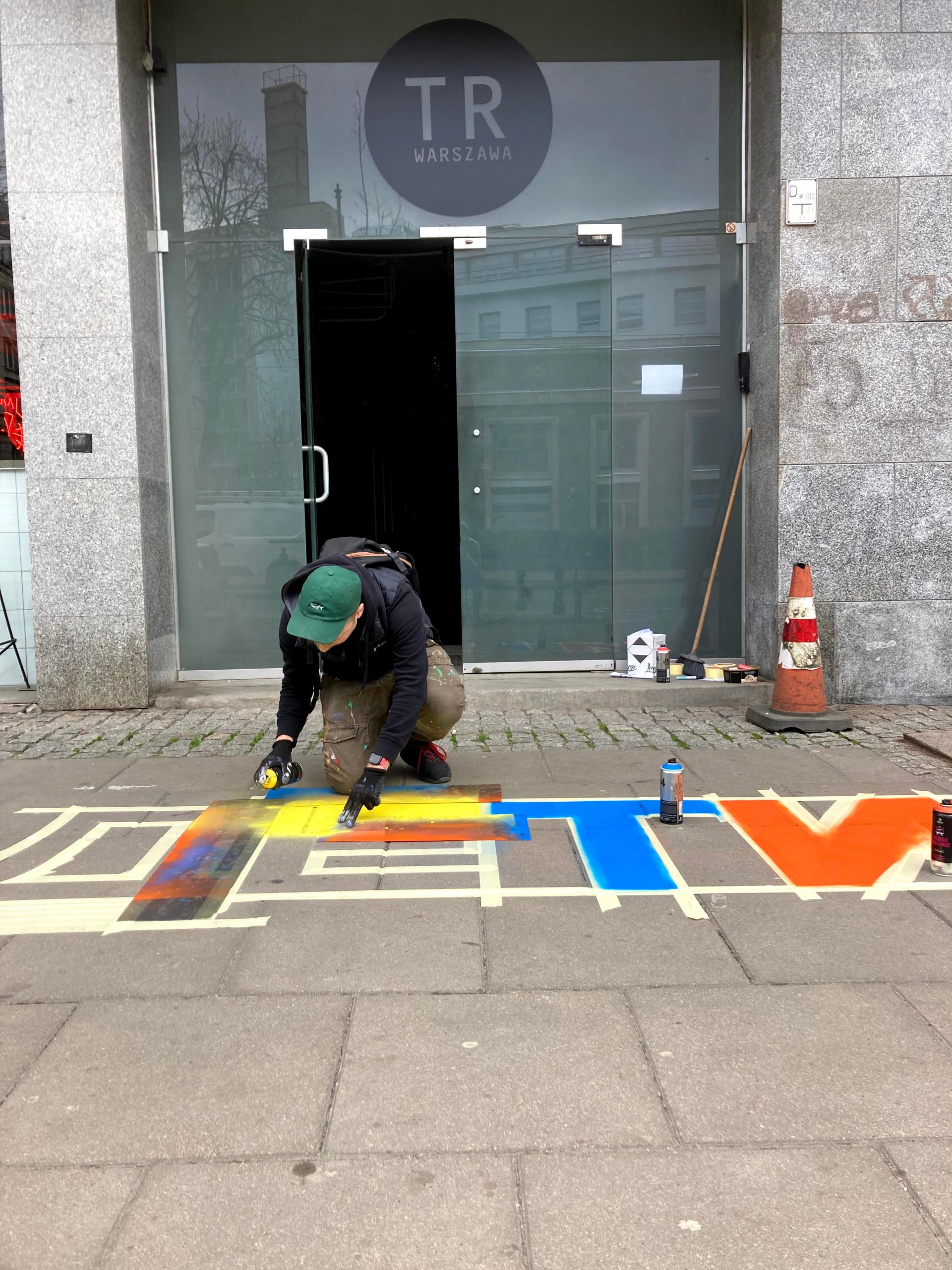 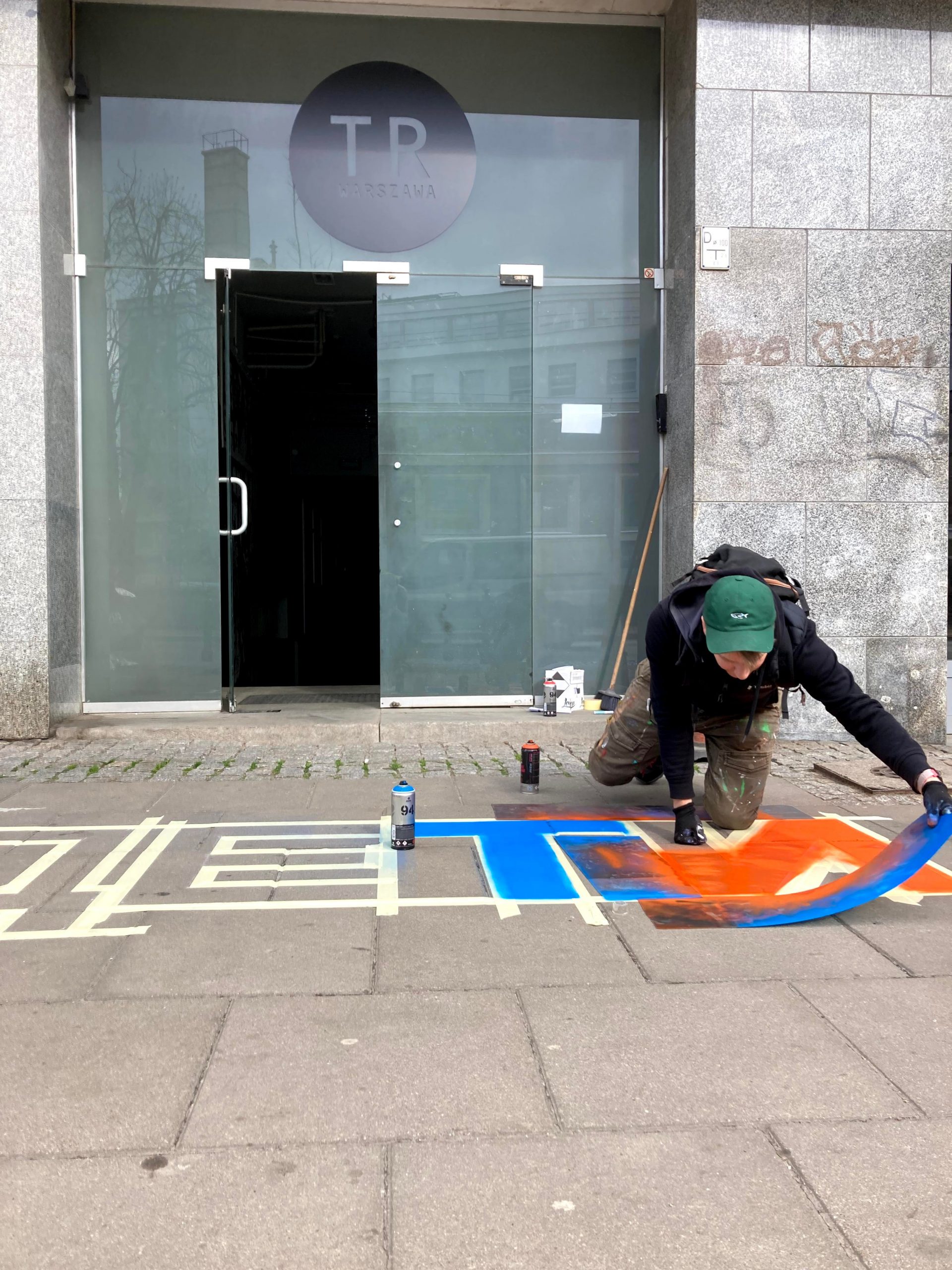 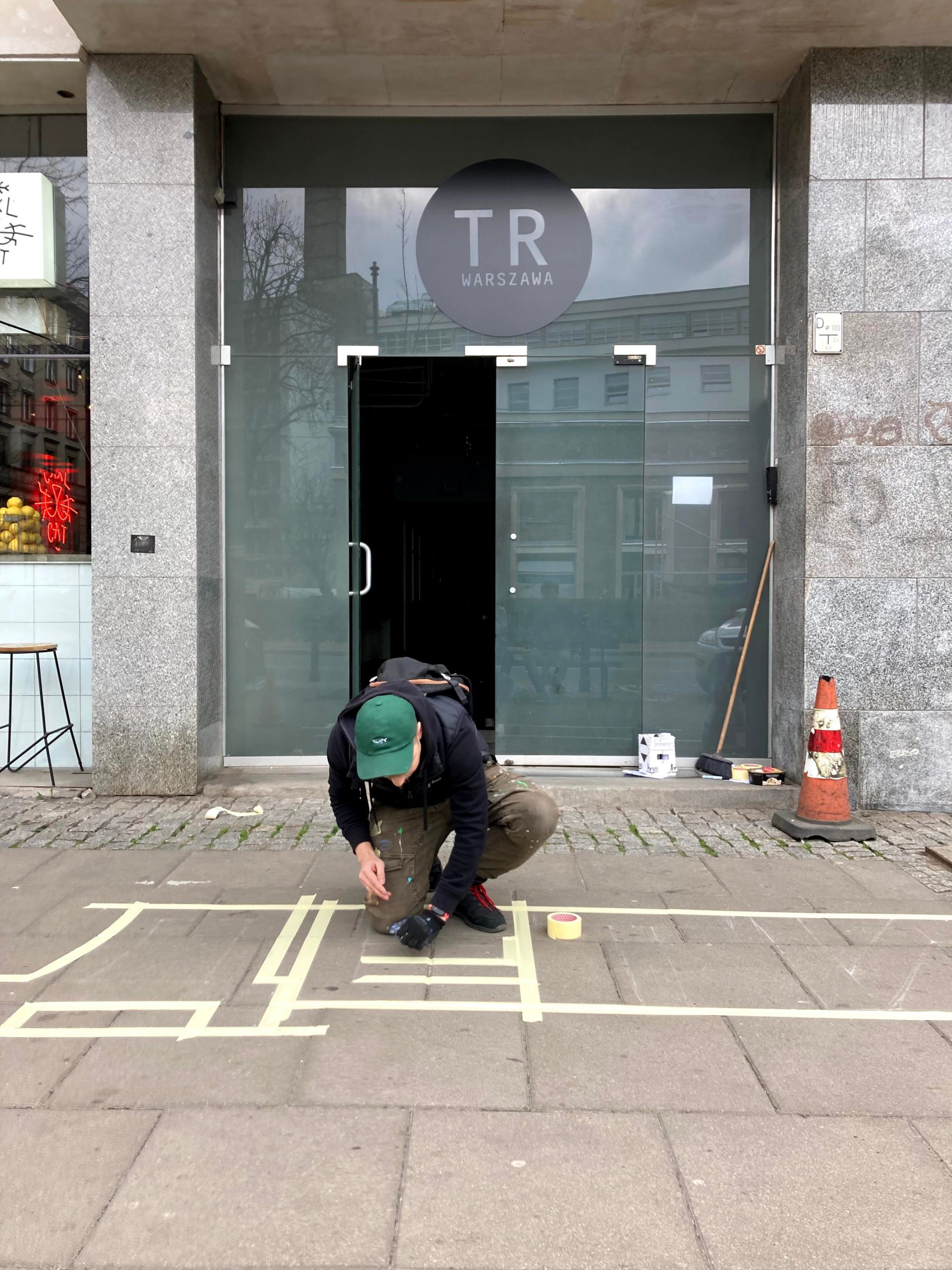