The scenario of this opera is based on a drama by Elfriede Jelinek, a Nobel prize winning Austrian writer. The texts presents the tragic events which took place in March 1945 in the castle of Baroness Margrit Batthyány in Austria, Rechnitz. According to the testimonies of witnesses, during the reception, issued by the Baroness Margit von Batthyány, her guests – local SS and Gestapo officers – participated in a massacre of two hundred Jewish forced laborers brought there from Hungary. The mass grave of the slaughtered laborers has never been found and the sluggish progress in the investigation made it possible for the executioners to escape. In Jelinek’s play, the events at the castle in Rechnitz are described by five Messengers who present their own version of the events. The play, will not be a reconstruction of the events that took place 70 years ago in Rechnitz. “Rechnitz. Opera – The Exterminating Angel” is an attempt at understanding the mechanisms of collective memory. Its main theme is the language as an instrument of manipulation, lies and violence. It’s also an account of the contemporary European history, European identity, a part of which is the experience of war and Holocaust.

“I have intended to stage ‘Rechnitz’ for years. In her piece, Elfriede Jelinek describes events that the Austrians turned a blind eye to after the war. She observes mechanisms of collective memory, while focusing on language as a tool used to manipulate history. The text revolves around the testimonies given by messengers and it shows how language is used to suppress, distort and dilute responsibility, to cover up the truth and talk euphemistically about violation of moral principles, felonies, genocide. Jelinek exposes the language of public debate to scrutiny. In the light of the recent socio-political changes, Elinek’s text is terrifyingly up-to-date. Furthermore, a brilliant translation by Monika Muskała has just been published, so staging of ‘Rechnitz’ is a must.

It’s always been clear to me that music will play an important role in this project and cooperation with Wojtek Blecharz, who explores the performative dimension of opera was also a given. The musical form of recitative, seemed to me the best way to bring out the hidden extraverbal aspects of the text. An escape to ecstasy or hysterics is inscribed in opera. Music allows to suppress or dilute the truth; that’s why there is a cello band on stage just like the orchestra in the castle of Rechnitz. where the crime was committed between the dances.”

“As an opera-like performance, ‘Rechnitz’ is primarily based on a new approach to the form of a recitative: searching for close relationships between the text and its music, extracting hidden meanings from the text itself by imposing sound gestures, assigned motives, a prosody or adding rhythm to the text spoken by an actor. The actor becomes a musician, singer, beatboxer; his way of delivering text is organically combined with the group of four cellos, which follow the narrative, accompany the actors, but also have a performative dimension. The cello quartet symbolizes what is left from the palace orchestra from the time of its former glory, the last ‘survivors’ who are forced to entertain their degenerate aristocracy and the Nazis accompanying it during the bloody events of March 1945. Cooperation with Katarzyna Kalwat, who showed unusual sense and understanding of music in her previous and repeatedly awarded “Holzwege” performance, describing the story of composer Tomasz Sikorski, is a great challenge for me. In my operatic works, I often refer to the beginnings of the opera genre (“Park-Opera” or “Body-Opera”), therefore the possibility of trying to redefine the genre of the recitative is particularly interesting to me. In “Rechnitz”, which will be my fifth opera, music will not only be a background for the text, but it will complement it and through musicalisation (rhythmization, motifs assigned) it will give it, in some sense, an artificial form. Similarly, the Rechnitz massacre witnesses try to tell the truth without saying it; they construct the language in order to lose it, liquefy it, forfeit it in endless connectors, episodes, ornaments and counterpoints.” 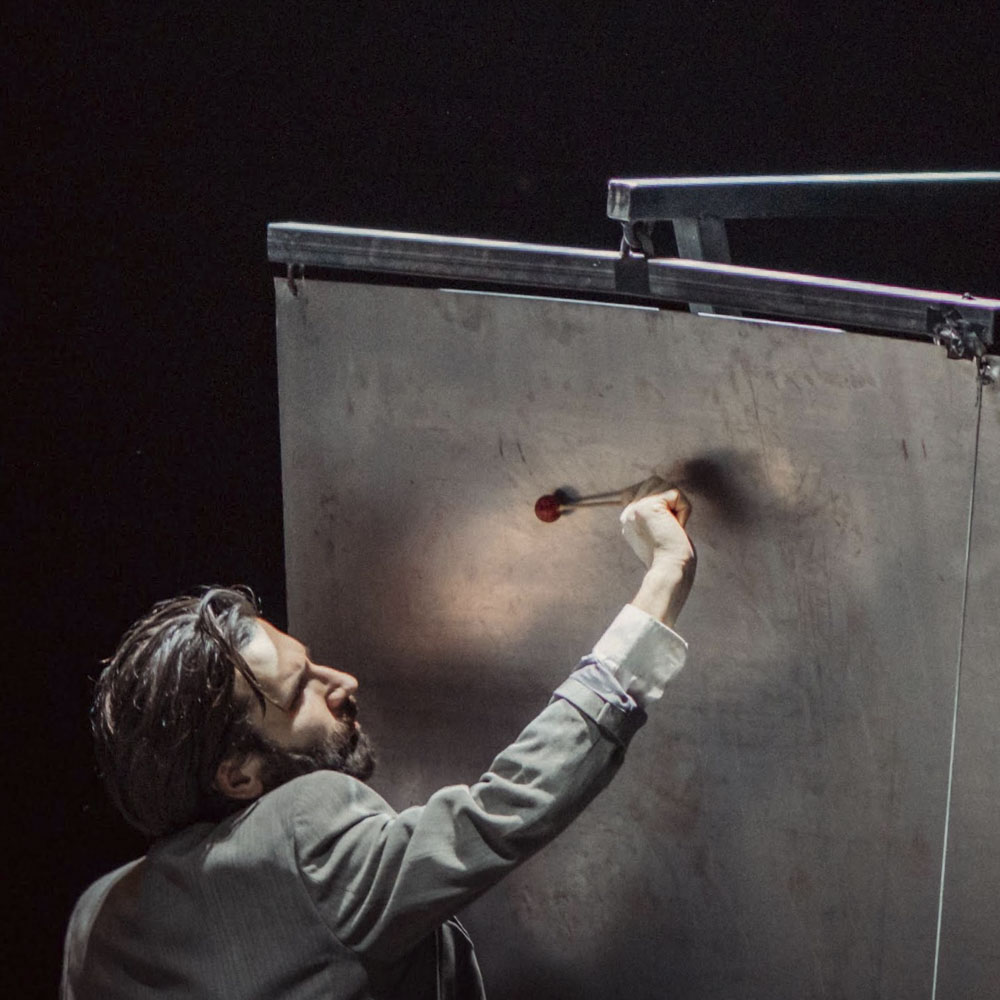 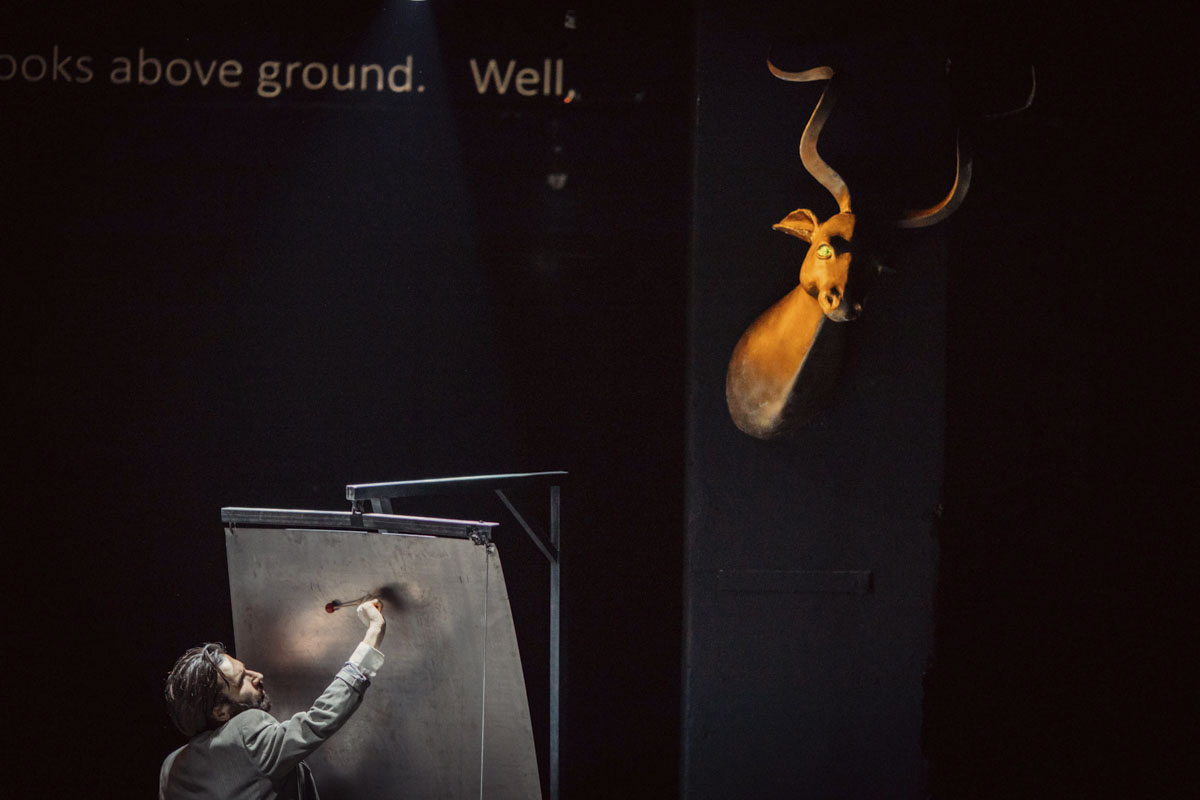 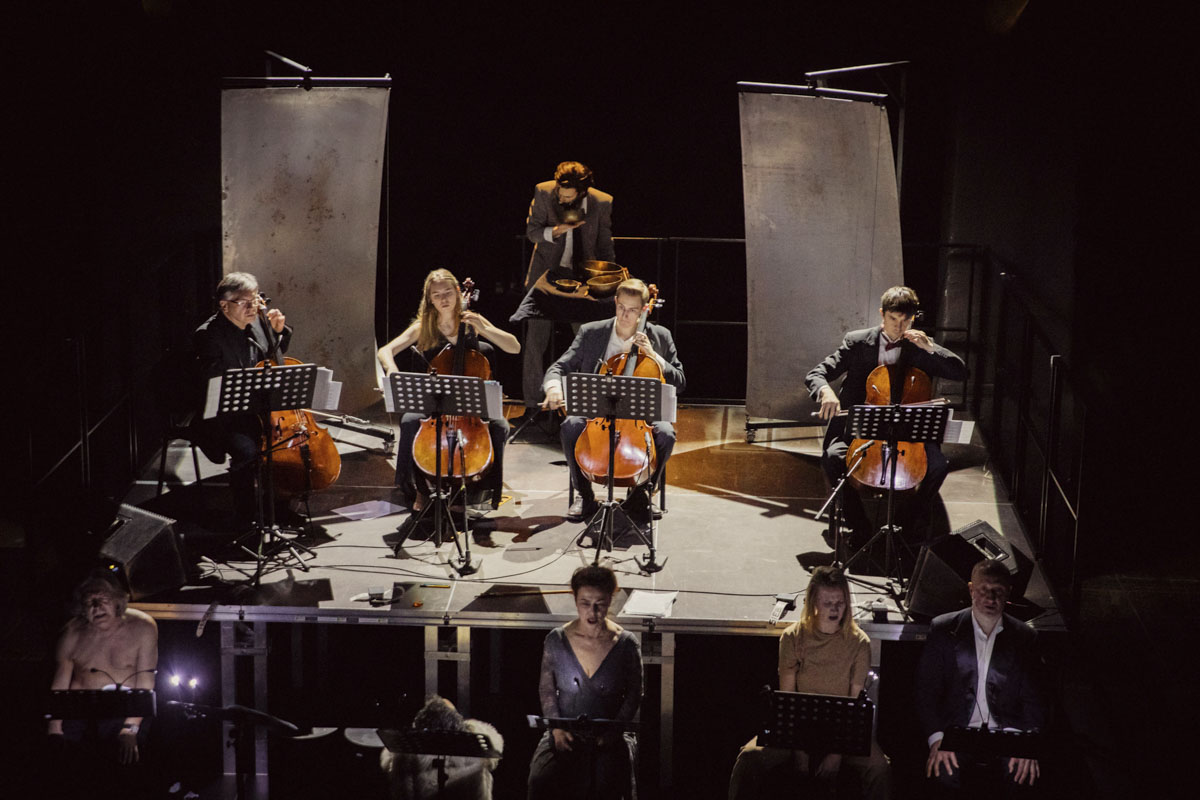 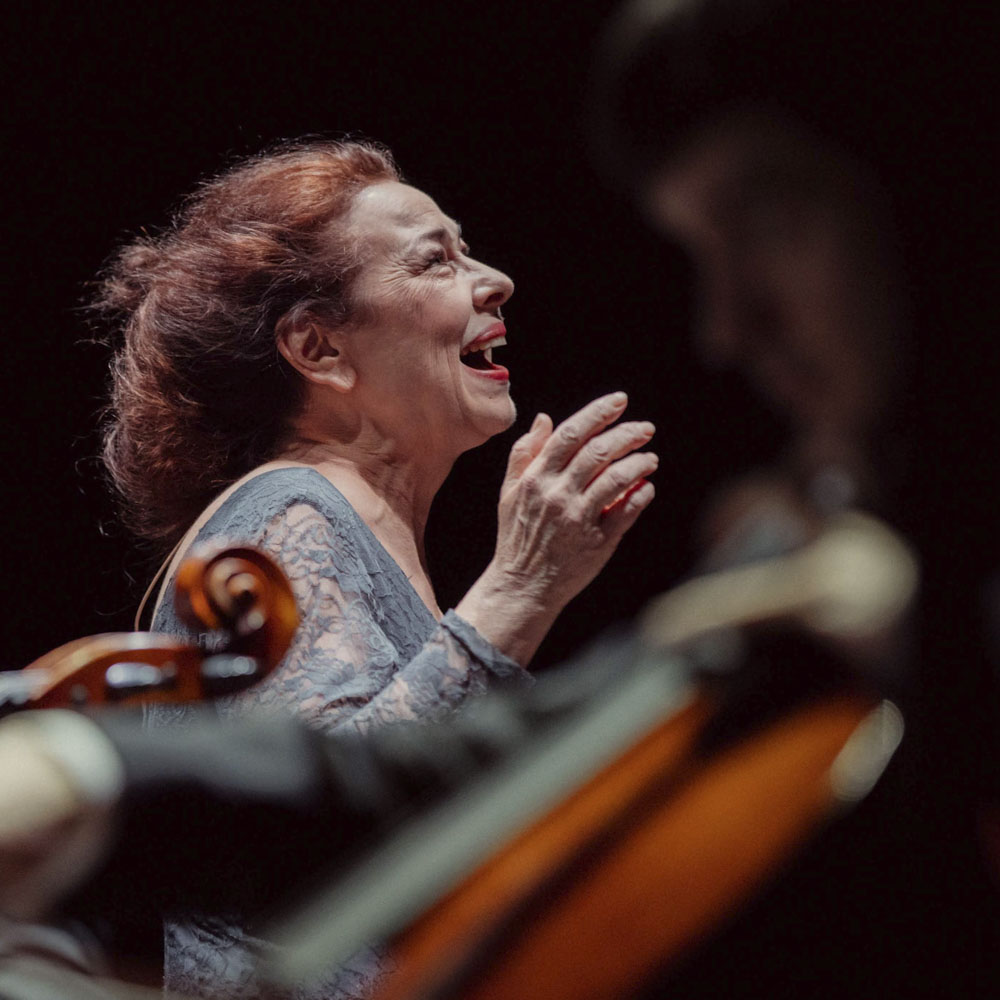 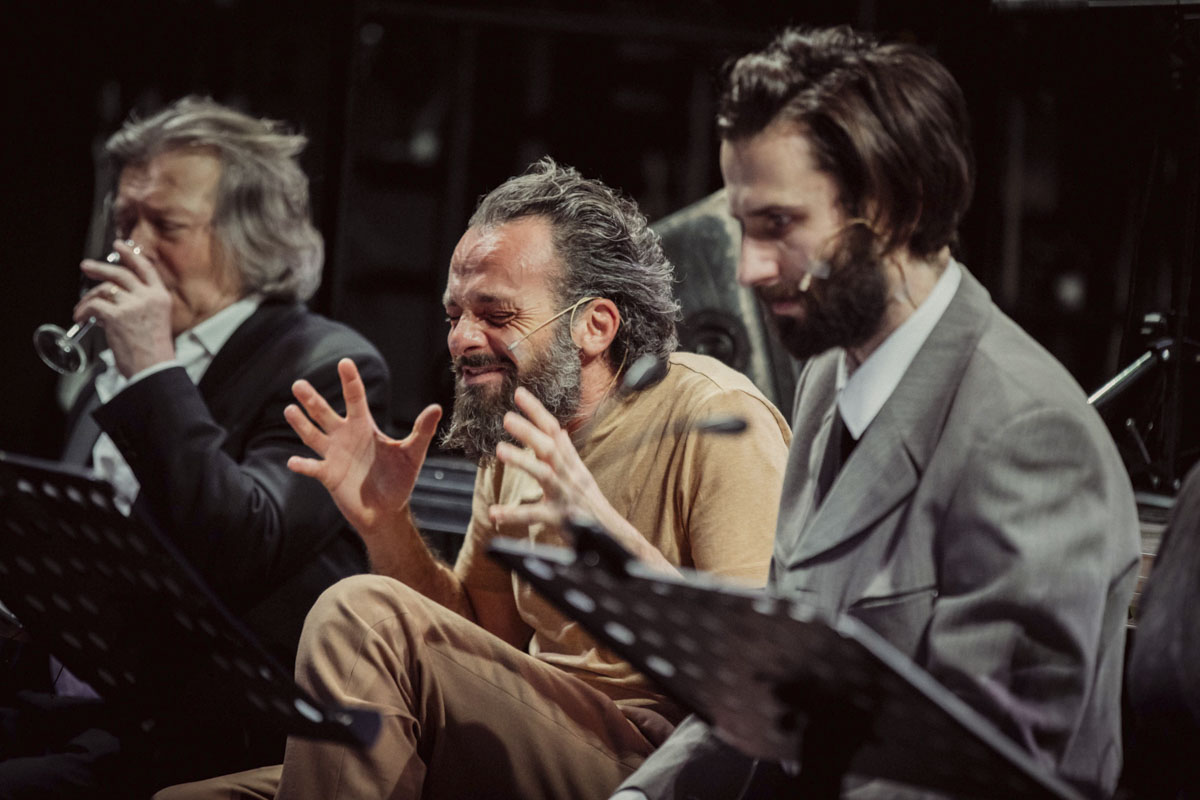 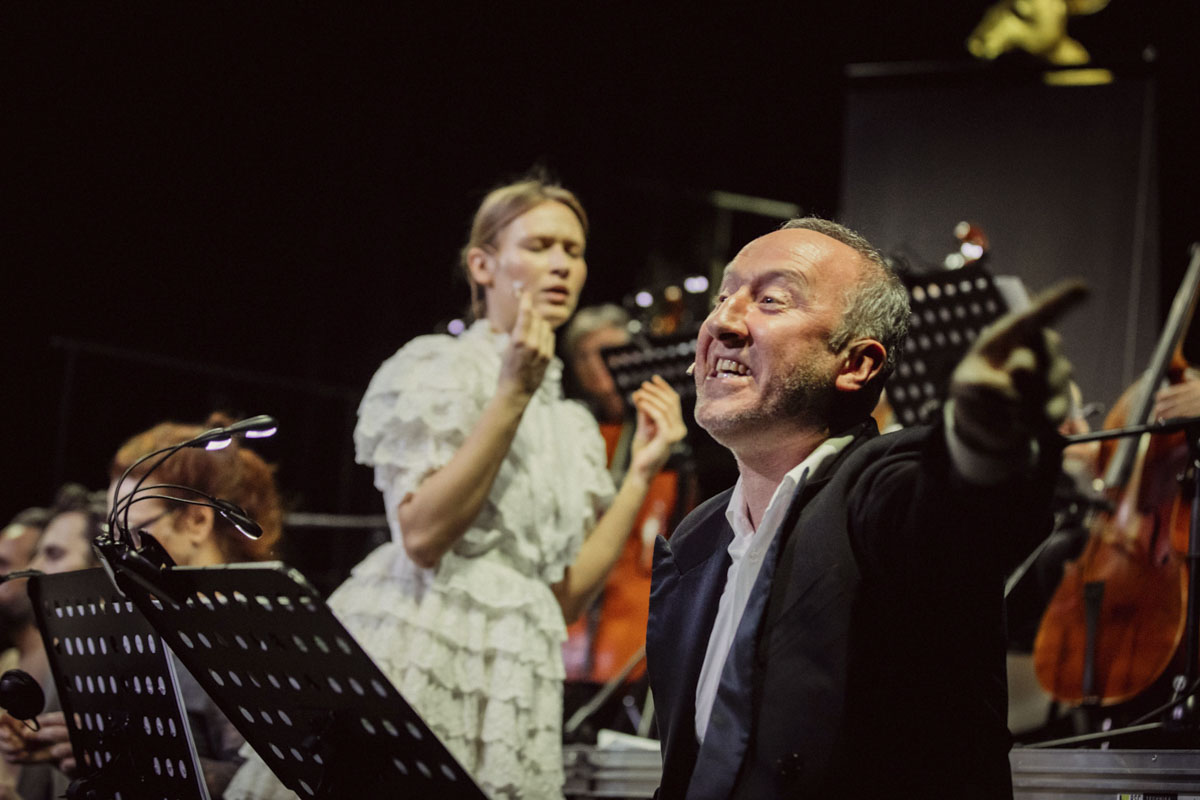 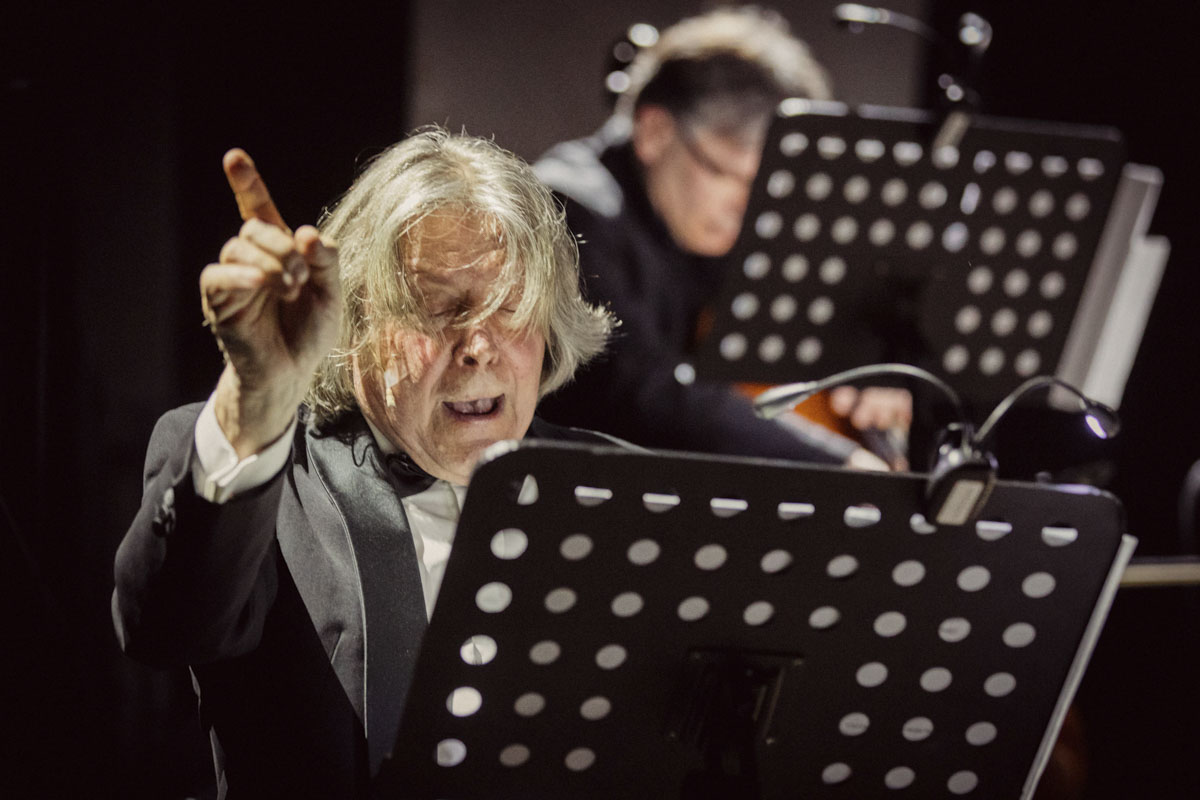 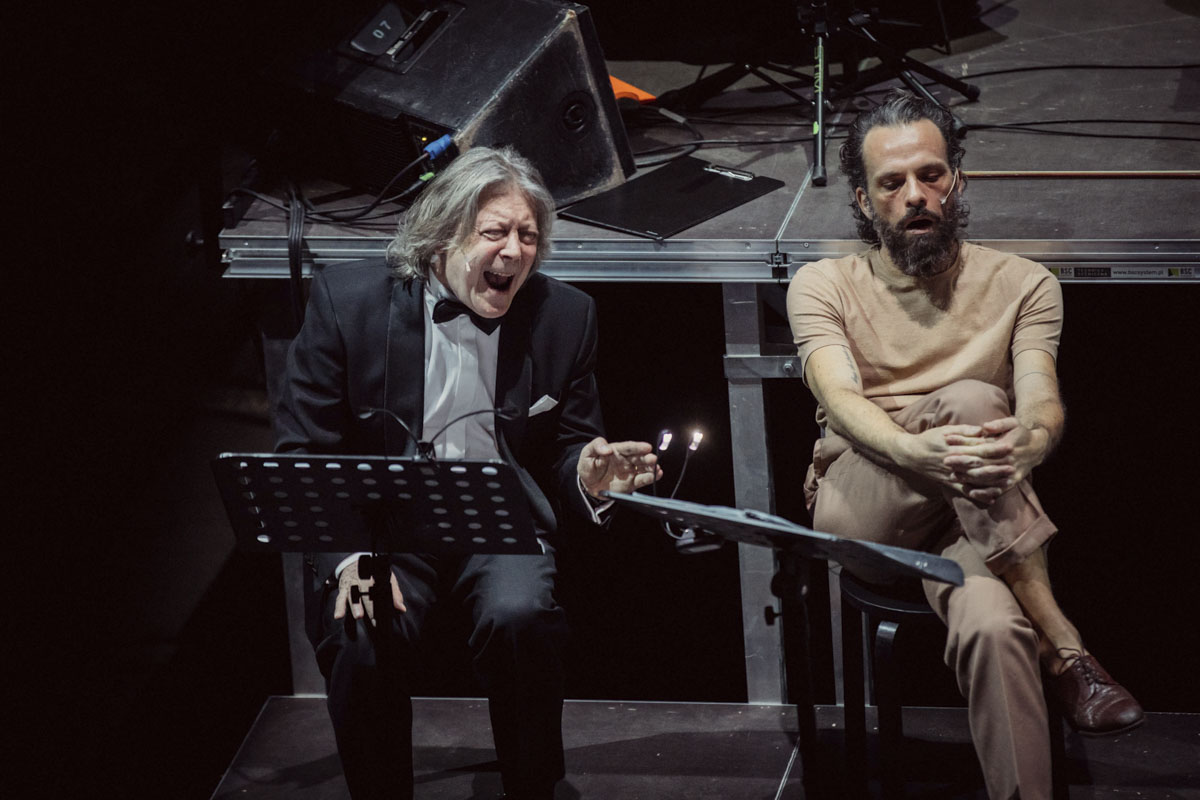 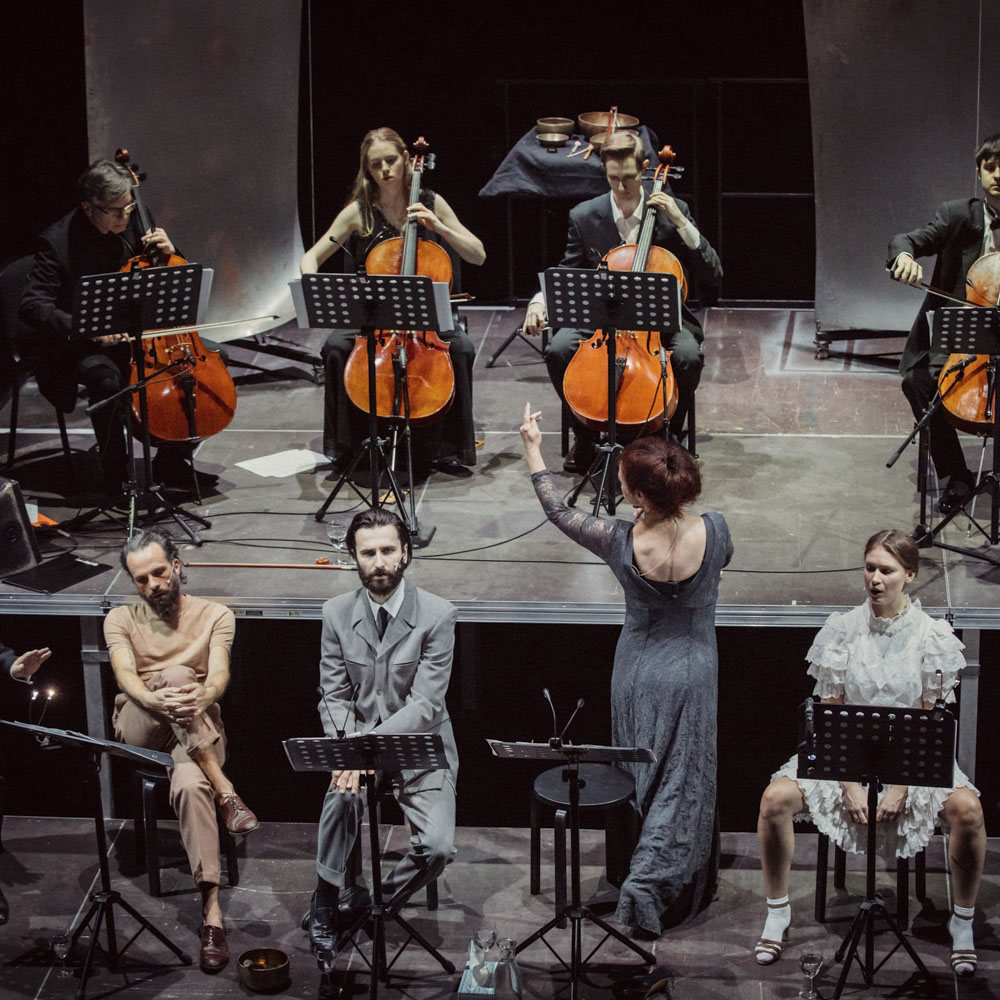 Partners of the performance