A performance about digital e-generation, for whom virtual space becomes more important than life. Inspired by Greek myths and real events. Kore, a contemporary e-girl, runs away from her chronically sick mother – Demeter, into the world of Internet posts and streams. Together with Narcissus, whom she’s met online, they dream of death. When the teenager’s virtual fantasies manifest in real life, the Greek gods get involved. Will the water from Lete – the river of unmindfulness, cure their pain?

STREAM is a story about loss, understood as a tragedy, but also as a change. Passing away, vanishing, veneration and keeping the dead in our memories are the universal human experiences. What forms do they take in the digital era? How does the contemporary man/woman go through the rite of goodbye? How does he/she cope with the emptiness and oblivion?

The play draws dramatic material form the story of a mythological goddess Demeter, whose daughter – Kore is abducted by Hades, when the girl bends down to pick a narcissus flower in Enna. It also refers to contemporary acts of violence – e.g. an incident that took place in 2019 in Utica (New York), where a twenty-year-old Brandon Clark murdered Bianca Devins, an eighteen-year-old e-girl, and posted photo evidence on Discord. Mythical themes are reflected here in the virtual spaced and the opposite – Facebook and Instagram phenomena fit perfectly in the stream of the ancient universe.

concept and the execution of the statue of Demeter and Kore’s bust: Agnieszka Adamska i Julita Goździk 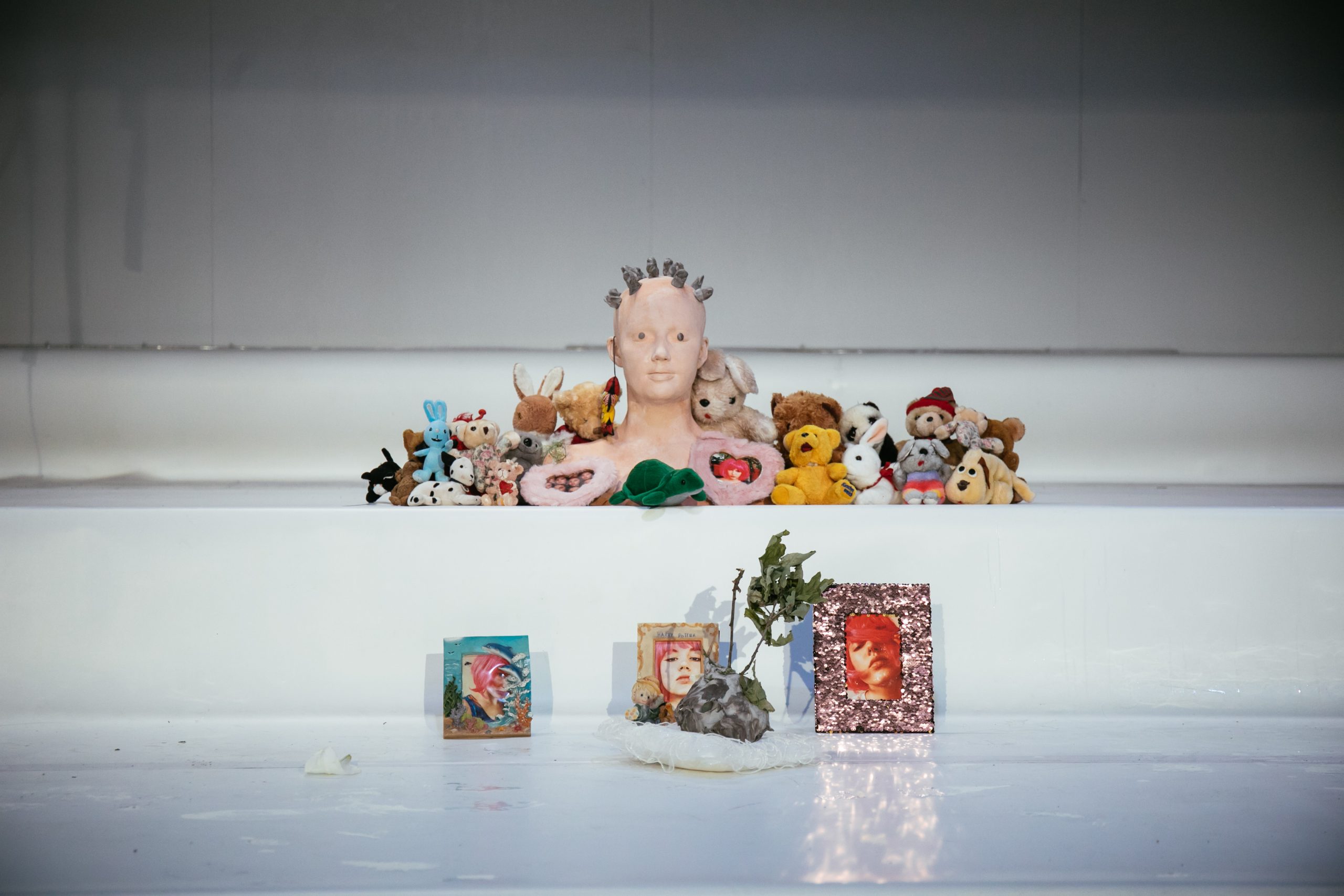 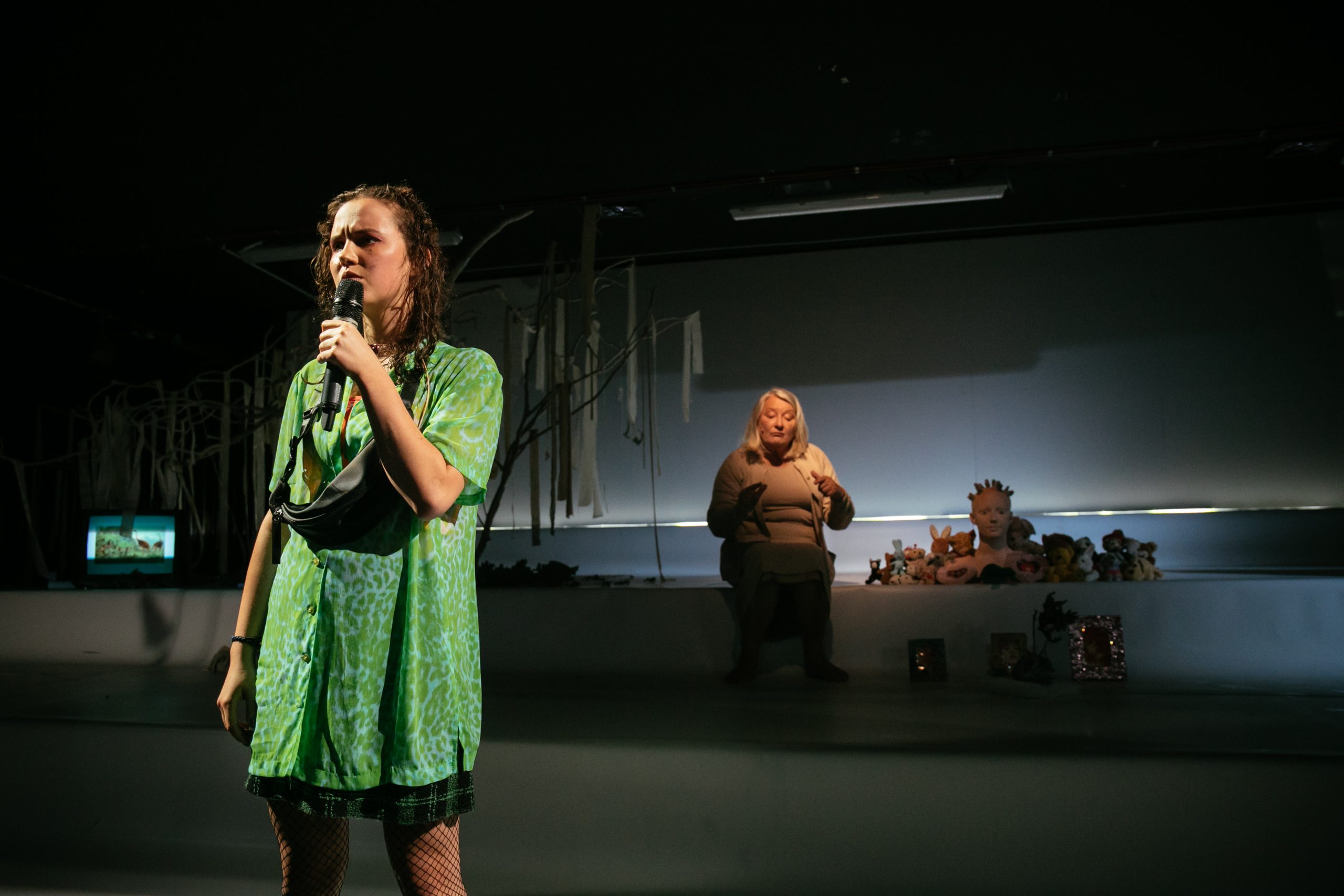 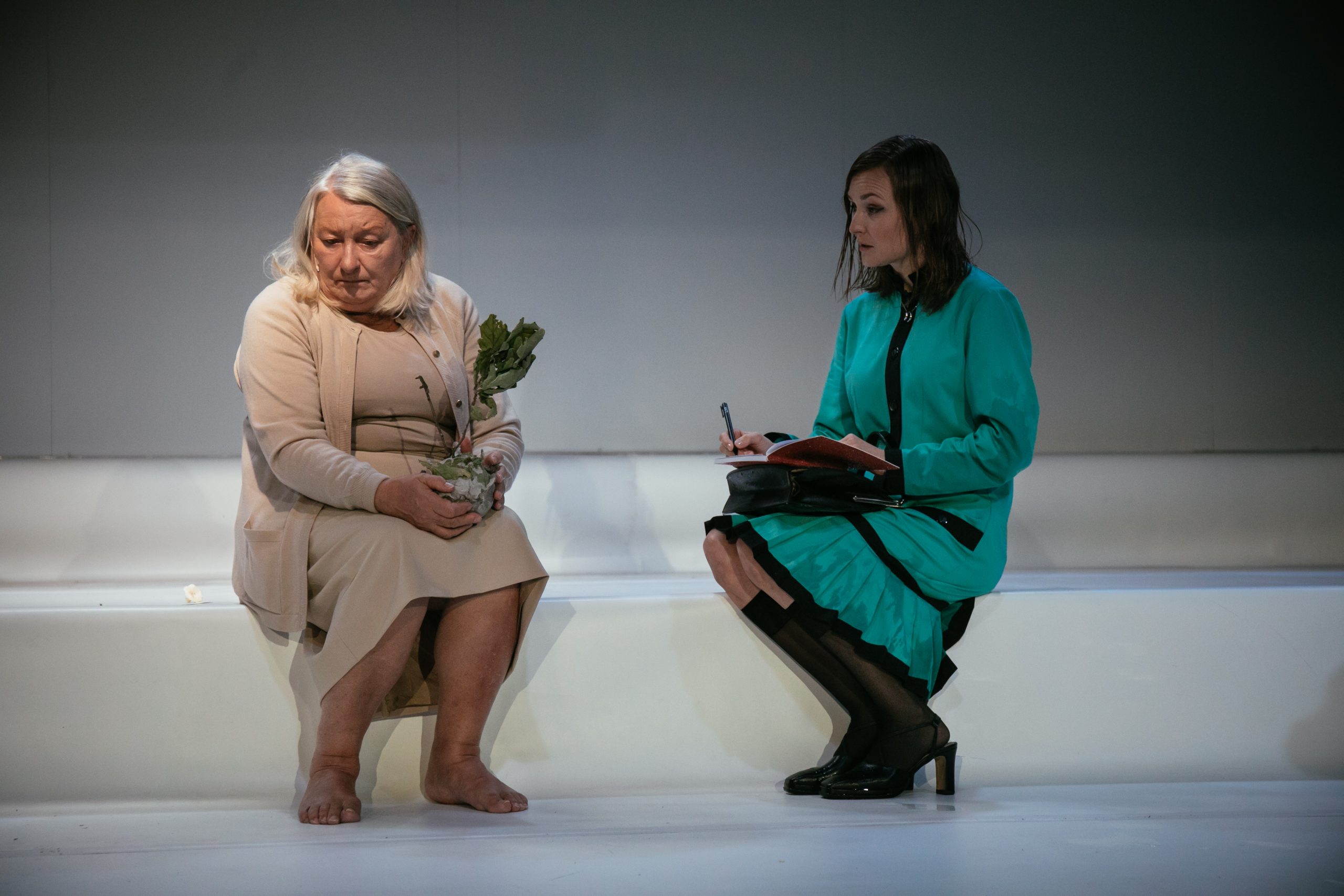 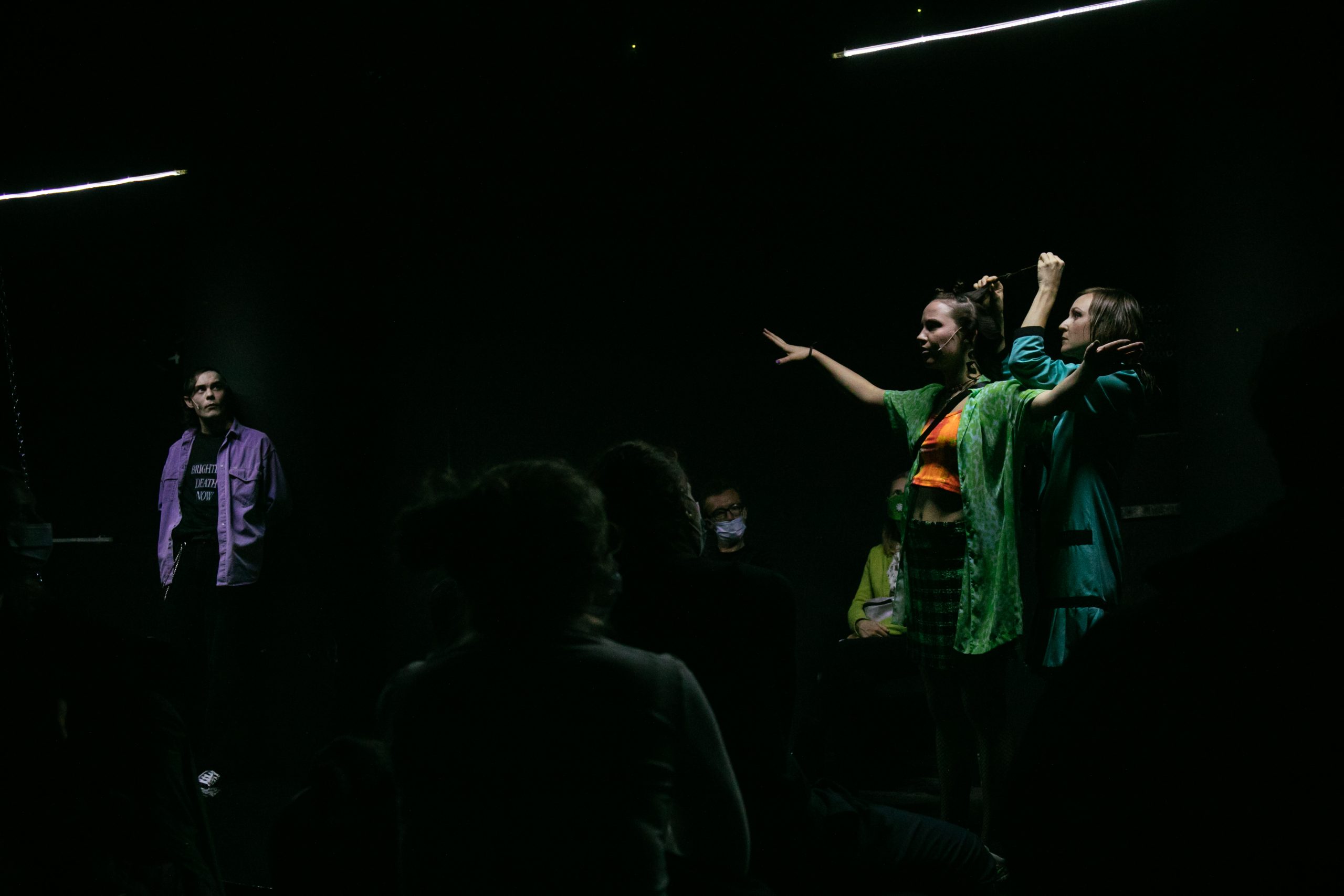 Stream.
A collection of imaginings

An online exhibition complementing the performance

Creators of “Stream” decided that the performance’s set shall be a peculiar kind of an art exhibition, including sculptures, video art, photos and poetry. “Stream. A collection of imaginings” is an extension of the set design and, simultaneously, its catalogue and an online exhibition. “Stream. A collection of imaginings” throws more light numerous contexts included in the script – both the ancient ones – like the sculptures of Demeter and Kore (exhibited in the Museum of the University of Warsaw) and the contemporary ones, e.g. murder of Bianka Devins. The presented objects, their descriptions and references broaden the reception of the story and encourage further exploration of the timeless myths and the cross-linking but also immersive digital era.

Check out the exhibition at stream.trwarszawa.pl.

Production of the performance is co-financed by the Aleksander Zelwerowicz Theatre Academy in Warsaw.